What Are Occasional Invaders?

Occasional invader is a term used to describe various pests that will sneak into your home randomly. Their reason for doing so can vary and may include searching for food, seeking warming, or just passing through. Occasional invaders are often found in crawlspaces, under sinks, in basements, and bathtubs. Most occasional invaders do not spread disease, but you’ll still want to remove them from your home as quickly as possible. Below, you’ll find a list of species that fit into the occasional invader category.

House centipedes are usually found in shower drains. Earwigs prefer moist areas, so you can find them in your bathroom. Pillbugs are unique creatures that many people recognize as roly-polies. Finally, silverfish prefer eating starches, sugars, and other carbs.

Why Do I Have Occasional Invaders?

Why would an occasional invader enter your home? Ultimately, there are numerous reasons. The invader may be looking for food or shelter. Alternatively, it might be trying to get to the other side of the property.

How Can I Eliminate Occasional Invader Infestations?

Most occasional invaders do not want to stay in your home, but some do. The best way to deal with the problem is by keeping them out in the first place. When occasional invaders enter your home, you’ll want to use a vacuum to get rid of them. If your home has too many pests or you can’t stomach getting rid of them, you should hire a professional exterminator. Our company is eager to help you. We offer free inspections and quotes. Don’t hesitate to get in touch with us so we can begin helping you today. If you use a vacuum cleaner to get rid of the bugs, you’ll want to make sure that you seal the vacuum bag or the vacuum’s contents in a plastic bag before tossing it into the garbage.

How Soon Can You Get Started?

Our company wants to help you get rid of the bugs as quickly as possible. Usually, we can reach your home in 24 to 48 hours.

Are Your Treatments Safe?

Our company wants to make sure that you are protected thoroughly. Our professional exterminators are thoroughly trained to ensure that they’ll protect the client. Furthermore, we use EPA-registered products. If you’re worried about your family being exposed to risks, you shouldn’t be. Just contact us and forget about your concerns. We thoroughly trained our professional exterminators so they’ll know how to keep you and your family safe.

How Can I Prevent Future Occasional Invaders From Entering My Home?

There are many ways to prevent occasional invaders from entering your home again. You’ll want to use the following tips to decrease the risks.

If you have any other pest control issues please check out other services. 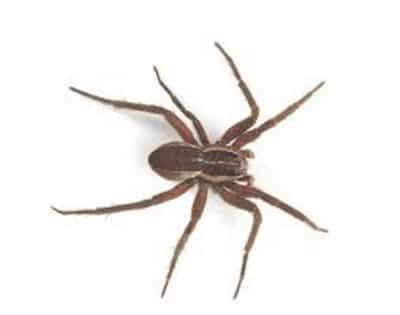